This site uses cookies. By continuing to browse this site, you are agreeing to our use of cookies. Find out more here. continue x

In recent years his collections have received many interest from both architectural, movie and design magazines. His perfectly pictured cross-over between design, architecture, music and film makes him a favourite person to keep an eye on..and I can not get enough of it.

From the moment my eyes got seduced by one of the works of this Barcelona based architect and illustrator, I have been trying to get in contact with the master himself. To get his works on Eksturstore was indeed a whole different story - as it should be. I had to pull some strings to be able to get Federico drawn to our plans for the future before he finally gave in. And here you go: A fine selection of original Federico Babina smooth art printed on fine 210 grams paper. 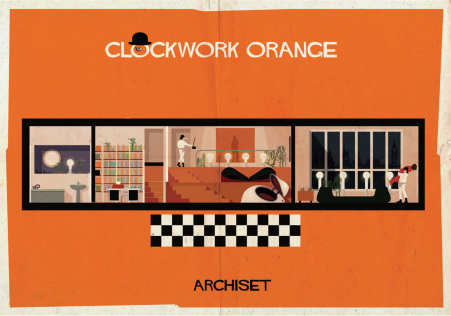 The thin line between culture and design is easy to recognize in his works. I've always been fascinated by the relationship between architecture and cinema, he says. For Ekstur, we have tried to select a cross-section from some of his work: Archiset, Archiwindow, Archist and Archicine. 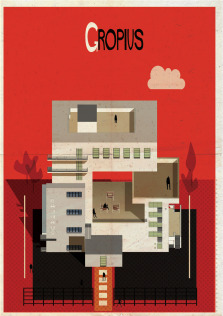 < A glass half-full on a table becomes part of the story. I like to think that in set design, each object is carefully chosen >

Born on 25 February 1937 in Bratislava, Alexander studied at the Academy of Fine Arts from 1954 to 1961. He had his first solo exhibition in 1964 and was nominated for a one-year Herder Scholarship at Vienna’s Academy of Fine Arts by Slovak Sculptor and Herder Prize winner Vladimír Kompánek in 1967. Since then Alexander’s works has been seen in over 150 countries worldwide and was he asked for several sculpture symposia.

A couple of months ago I visited Bratislava and had the honour and luxury to meet this beautiful person who has had a prominent position within the Slovakian art-scene from day one.  As a sculpture he has always, next to his bronze works, turned his attention toward the classic materials such as wood and ceramics. It was exactly this that drew my attention. His ceramic works of local people’s faces. From the first time I saw “Hlava” from 1973, the sheer beauty of it mesmerized me. 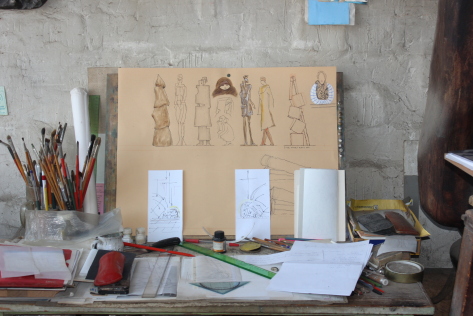 Alexander is still active in his workshop every day. In the little town of Pezinok, just outside Bratislava, I found him gazing at a beautiful and colourful wooden statue he was working on. The 77-year old artist suddenly leaps up and greets me with the warmest welcome possible. His daughter Lucia, who is there to translate, puts on the kettle for a homemade tea. In the meantime I feel like a kid in a candy store. Surrounded with tens of statues, sculptures and drawings on the workbench, but most of all I can see the history of Alexander. The road he followed all through his active years. On my left I see his work from the early 60’s and at my right his latest.

In the far right corner of his workshop, high above the floor, I spot a couple of the ceramic faces. Colourful, attractive and everything I imagined them to be. Lucia tells me that the faces are still recognizable to her. She can still pick out the faces she remembers from the local supermarket or her daily bus trip. Alexander also made a habit out of creating busts from his friends. I find myself surrounded by famous Slovakians in the likes of the composers Ilja Zeljenka and Jozef Malovec, authors Rudo Sloboda and Vincent Sikula or poet L’ubomir Feldek, all close friends of his. One by one faces and expressions that inspired him. 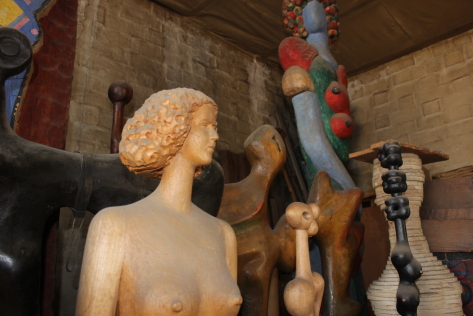 It is not easy for Alexander to send out some of the ceramics with me. Knowing that they were made in 1973, and have been at his side for most of this time, completely understandable. I promise him to give his creations all the attention and respect they deserve, and I will do no less! Although I came to Bratislava to find ceramics, I came home with much more than this. Alexander Ilečko created the finest pieces during his 50 years long reign in the Slovakian art-scene. His wood and stone sculptures give a good feel of the country’s history and importance and his chosen topics tell stories that are even today relevant in our society. 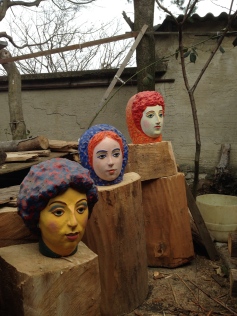 In conclusion I would like to thank Alexander for sharing his thoughts and works and thank Lucia for taking such good care of us during our stay. I feel privileged and moved at the same time when I think back of our meeting and can only hope that I can share my enthusiasm for Alexander and his work. Have a look at our selection of Alexander's Hlavy from 1973, Hermina, Zornica and Festive Dress.

Kim & Caroline are both inspired by the charming elements of the obvious. They take a walk with perception while adding a touch of bliss to expression. That is what drives their creative difference. This playful and crafted inventiveness leads to new and often daring explorations. Which immediately brings us to their brand name: DAMN. This would be the expression they use each time a new creation pops up. This would express their feelings and emotions at that very moment. 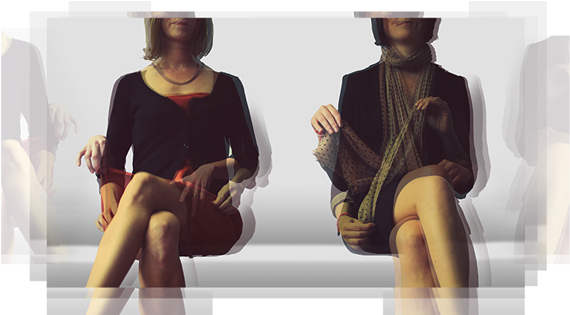 Their latest collection called a Structural Distortion and makes you wonder that what you think you see is exactly what you see! The first collection Damn introduced us to, the Diamond Collection and A Titanium Rock did raise some eyebrows. In a good way that is!

We, at EKSTUR, carry all of the collections mentioned above and not only see we share our fondness to the brand, but we are sure there will be more to come from Kim & Caroline.

Tom Frencken gets his inspiration from everything that surrounds him. All ideas and impressions are translated into his furniture, drawings, jewelry, accessories, and lightning. Great love for his profession and the magic of the world around him are clearly visible in Toms work. 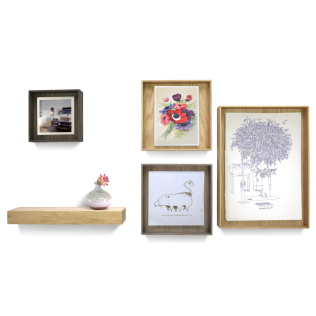 Averse to trends, Tom is not to be stopped by the unknown. He creates his own surprising world and dares to be different. Tom prefers not to design with the computer, all products and projects are hand made in his studio to keep a finger on the quality and details. It also allows him to customize products from his standard collections. Tom makes balanced and robust designs in which comfort, quality and durability are very important. 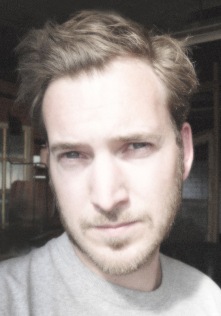 Tom likes working with other designers, labels and producers and get to something new by sharing each other's visions and solutions. The collaboration with Job Martens ( JOBSPROPS ) leaded to the JOBTOM collection that was launched in 2012. Tom and Job share a studio in a monumental building in the city of Eindhoven. In this studio they produce their own works and collections, their JOBTOM collection as well as joint projects.

Next to the handcrafted frames we really enjoy in our own home, we also carry the beautiful and efficient Staag. Storing chains and keys or hanging up your coat has never been such a joy!

In 2007 Johan graduated from the prestigious Design Academy in Eindhoven (The Netherlands) with his Craft-deco project and was picked up by the international press almost instantly. By camouflaging discarded furniture with paper tape for his Plakbanterie project or simply by blending two world-renowned figures into one Mickachu, Johan always finds a way to come up with a shockingly accurate surprise. And that is exactly why his designs and artworks reach such an incredibly divers public...including us.

The list of cool artworks keeps growing as we speak, and so do its admirers. Vitra picked up his film for the Living in Motion. In Bozar Brussels another of Johan’s films was presented as part of the Canvas Collection and Paul Smith chose the collection of romantic porcelain rabbits for his exposition at the Paul Smith Globe at Heathrow Airport. Based on the Paul Smith collection, Johan decided to do something in collaboration with Ekstur. 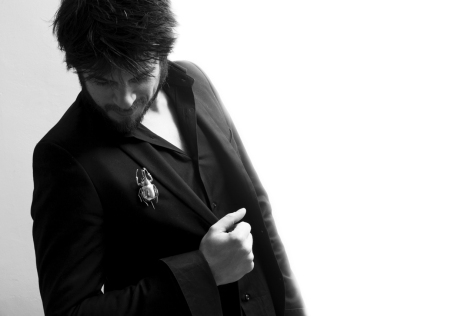 The official introduction to Johan says just about all he likes to share with us: Forgotten objects, rediscovered under layers of dust are saved from their destiny to end up as waste; old toys from the attic, a collection of rare bugs or second-hand furniture are transformed to something meaningful. Finished with noble metal or velvet flock, these unique combinations are given back their right to longevity as a piece of art. 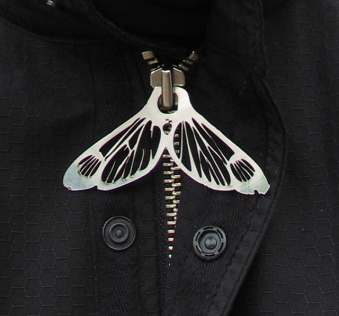 But I would like to add some topics which I think are definitely worth mentioning about his work. You need to be either shocked or excited when you see an art work, his work does both. You need to be asking yourself what it represents and in most cases you won't find it, check! After getting explained the thought behind it, you should be enlightened and begging for more, also check. In my humble opinion, and having in mind that beauty is in the eye of the beholder, I can honestly say that I am drawn to his work and mindset. 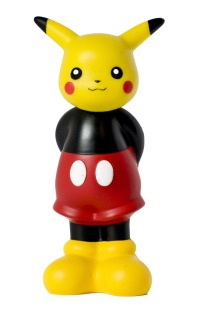 Find out more about Johan at his website or have a look at the limited editions Tile Series or his Original Statues on Ekstur Supports.